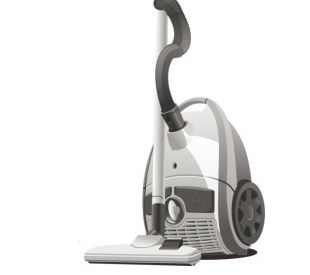 Starting from September 1st 2014, the European regulation that has established the energy label for the vacuum cleaners comes into force. The devices won’t have to consume more than 1,600 Watt (900 Watts starting from September 2017), representing a big challenge for the manufacturers. Among the initiatives put in place before the entrance of the energy label, GIFAM (French association of manufacturers of household appliances) has created two informative guides: for retailers and consumers. According to the Association, the appliances for the floor cleaning are the first market in the segment of the small domestic appliances, with a turnover that reached 549 million Euros in 2013. The sector is largely dominated by the cylinder vacuum cleaners, which alone accounted for 73% of sales.